Located above The Roman Baths, today’s Pump Room stands on the site of a smaller building built by John Harvey in 1706. Aristocrats came here to ‘take the waters’ – firmly believing in the curative powers of the hot springs.

As visitor numbers grew, Thomas Baldwin and Samuel Palmer built a larger Grand Pump Room in the early 1790s – its elegant, neo-classical style inspired by fragments of the Roman Temple discovered directly below during excavations. It soon became the destination for high society to meet and enjoy lavish entertainment. Jane Austen even mentioned it in her novels Northanger Abbey and Persuasion – “Every creature in Bath was to be seen in the room at different periods of the fashionable hours”. The place inspired other authors too, such as Mary Shelley, who wrote the iconic Frankensteinwhile staying in lodgings next door.

Over 200 years later, most of the splendid Georgian features remain unchanged – including the marble vase, that still pours with rejuvenating spa water. 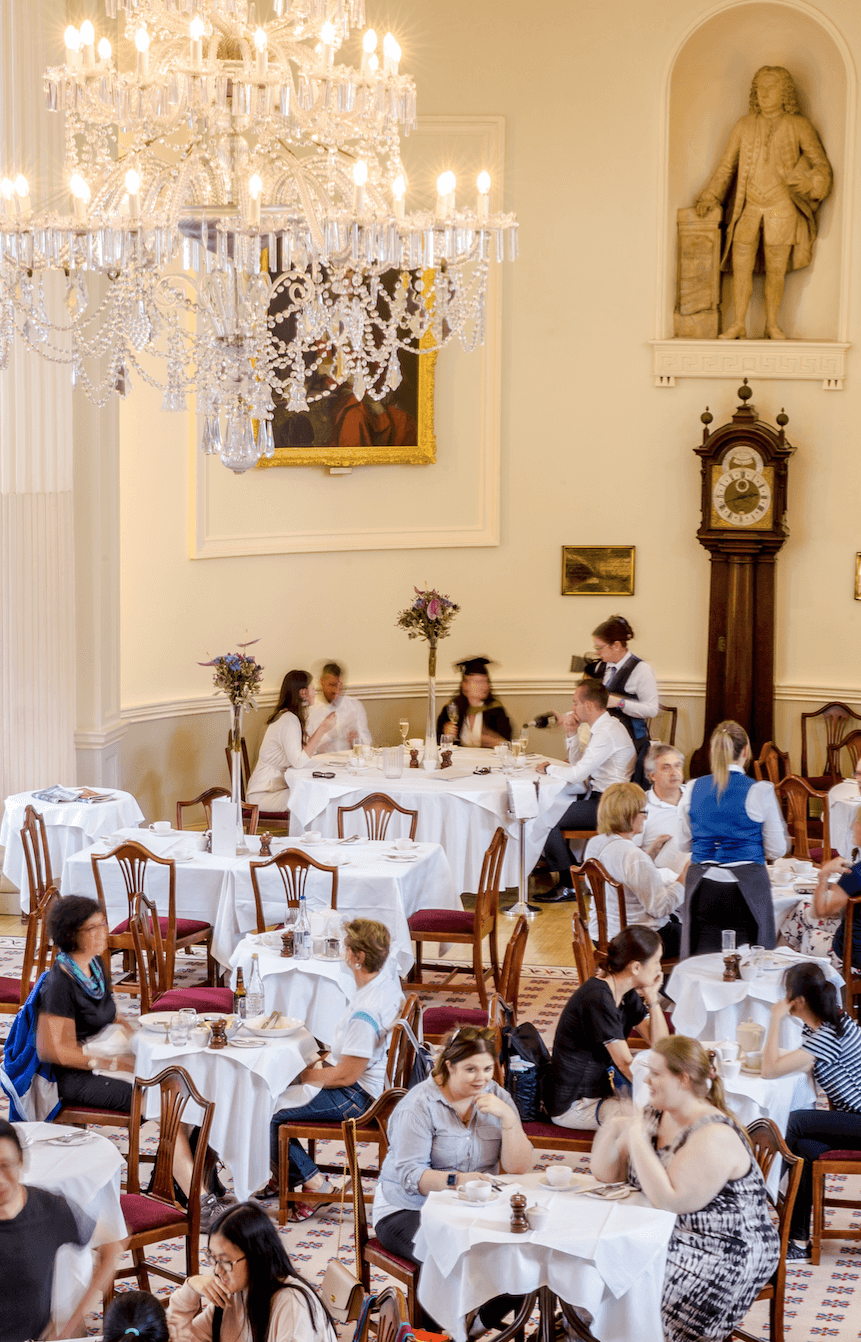 Sign up for the latest news and offers from Searcys Bath